Anna Bryan Cropley > Uncategorized > On The Edge Of The Promised Land 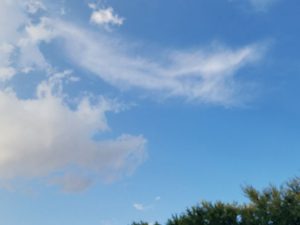 On the 9th of Av, many centuries ago, the nation of Israel stood in the desert on the edge of Canaan – the threshold of the Promised Land! Great anticipation and joyful expectation must have been stirring in their hearts that day! Moses had sent twelve spies to view this land of God’s promises just before he planned to lead the Israelites into it. The story is recorded in Numbers 13 and 14. The spies brought back the report that the Promised Land was indeed beautiful and flowing with milk and honey! They carried a huge cluster of grapes back with them to demonstrate the fruitfulness of the land.

But ten of the spies reported that the Israelites would not be able to enter and conquer; there were giants in the land! Caleb urged them to go in – that they could surely take possession. Joshua agreed with him. BUT the unbelief and fear of the other ten spies was contagious. The whole camp of Israel refused to enter. Their excitement turned to despair. They did not believe that God would fight for them, conquer their enemies and lead them into the land He had repeatedly promised them.

The LORD was angry and viewed their unbelief as rebellion. He was grieved that, in spite of all the miracles He had shown them, they refused to trust and obey. He swore that none of those in unbelief would enter the Promised Land. So Israel wandered for 40 more years in the desert until that generation passed away. Only Joshua and Caleb were allowed to enter.

Since that day, the 9th of Av has been a day of mourning for the people of Hebrew descent! We are currently in the Hebrew month of Av. The time between the 17th of Tamuz, the preceding Hebrew month and Av 9 (this year: 7/10-11/17 to 7/31-8/1) is known as the Season of the Basilisk. Below, I will describe what a Basilisk is.  Historically, this entire three weeks is a season of suffering for the Jews and the people of Israel. The season begins on the 17th of Tamuz because on that day Moses broke the tablets of the Ten Commandments when angered by the idolatrous revelry of the Israelites which he had encountered immediately upon descent from God’s presence on Mt. Sinai.  The 3 weeks between the anniversaries of these two incidents of rebellion is called the Season of the Basilisk.

The Season of Basilisk ends on the 9th of Av, in Hebrew, Tish’a B’Av. This day is considered the saddest day of the year and is commemorated with fasting. Through the centuries, many assaults on the Jewish people have happened on this day. To give a few examples of events on this exact day: in 586 BCE, the Babylonians destroyed the first temple. In 70 CE, the Romans destroyed the second temple. In 1290, the Jews were expelled from England. In 1492, the Jews were expelled from Spain. In 1942, A.D., the Nazis first drafted the final plans for the annihilation of the Jews in WWII.

Here is a quote from the writings of the late Bob Jones and of Paul Keith Davis, “The word Basilisk is derived from basiliskos meaning “kinglet” or “king” signifying a mythical reptile hatched from a cock’s egg. In Scripture, Basilisk is sometimes translated “cockatrice” or adder”. The Hebrew word for Basilisk occurs in Psalms 91:13, Isaiah 14:29, Isaiah 11:8, Isaiah 59:5, Proverbs 23:32 and Jeremiah 8:17.” For further study see http://www.bobjones.org/Docs/PropheticArchives/2007-07-Basilisk.htm

When you think of a Basilisk, think of the hooded or winged snake on a pharaoh’s crown. The Egyptians worshipped this creature as one of their gods. So, spiritually speaking, the Basilisk is a powerful evil principality (Ephesians 6:12). Throughout history it has operated against God’s people by bringing death and destruction. Our wisest stance during this season is to be right with God and to pray fervently! We must take refuge in His name which is our strong tower and hide ourselves in the shadow of His wings. Pray also for the Jewish people, the nation of Israel, and for those of the lost ten Hebrew tribes who are awakening to their true identity throughout the earth. God blesses those who bless them!

He has alerted me that this particular Season of Basilisk will be difficult. Many are being “hit below the belt”, so to speak. The enemy is trying to intimidate us and to push us to be angry with God in our suffering, even to the point of denying Him. 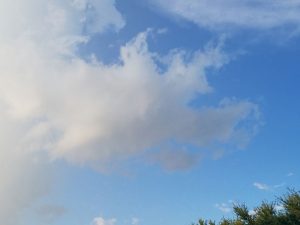 But I was also impressed to say that this season marks the beginning of the end of a very long period of testing for His people! We are again at the threshold of our Promised Land. The great God of Israel who parted the Red Sea is capable of bringing you out of your current wilderness and into your Promised Land! As with the Children of Israel, the real issue is belief in Him and His promises to you. Don’t fail to enter in as the Israelites did! Decree His promises in your darkest moments of this next period. I sensed the Lord saying that, though we may face intensified trials during this Season of Basilisk, we must not succumb to the fear of giants or to unbelief in regard to His promises. Those who hesitate in fear or unbelief at this time in human history may miss the long awaited fulfillment of promises. Our Lord considers unbelief to be rebellion.

Let’s get our eyes off “the giants”, “the snakes”, “the wolves” and all ravaging circumstances. Let us say no to the discouragement biting at our heels and the giants looming on our horizon. Stand strong in faith! Let Him be your strength when you feel ready to retreat. Ask Him to come into your ragged emotions and to be your peace, hope and faith. The faith-filled will see the Land of Promise! Nothing will ever be the same once we stand in this new land! For those who have suffered in the wilderness, on the other side of this season is fulfillment, financial provision, promotion, longed for relationships, and healing. Be strong in the Lord and in the power of His might! (Ephesians 6:10) Believe and enter in!